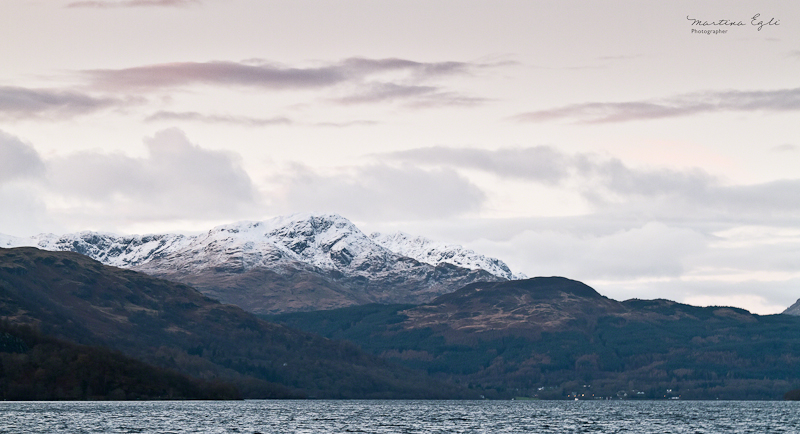 As promised here is a clearer image of Ben Lomond as seen from Rowardennan. This is the last image from the Trossachs series… for a while anyway 😉

When I took this one last year, the wind was buffeting my camera so hard, it was almost impossible to get a decent capture. The hood on my 70-200 was acting like a sort of sail and the camera almost went for a dip in the Loch. A few days earlier I’d taken a tumble down a hillside on the trail at Queen Elizabeth Forest Park!* (Bruised ego but the camera was ok!) It can be a challenging and rewarding environment for a photographer- more than worth the effort.

(*Imagine that scene from Romancing the Stone, and the muddy hillside… only less dramatic! )