“Hail to you, comrades, who have won,
Where the torn lines of battle run
By tattered town and ruined mead,
The honour that men give with pride
To those who, daffing death aside,
Have done the valorous deed.

And has the war, then, brought to birth,
As flowers that spring from western earth
At summons of the pelting rain,
The courage that can force its way,
And hold the shadowing wings at bay,
And smile at lingering pain.

And is it true that only now
Life lifts from her heroic brow
The smothering shroud of deadly peace,
And laughs to sniff the morning air,
And bids a thousand bonfires flare
The news of her release?

Hell’s throat may swallow down its lie,
For men knew how to live and die
And take the gifts of motley fate,
Before the fiends of fear and greed,
Clasping, engendered from their seed
The hissing brood of hate.

Are they not sightless fools who crave
The sombre splendours of the grave
To prove that man is more than dust;
Who dabble fingers in the side
Of him who lives because he died,
Believing, when they must?” 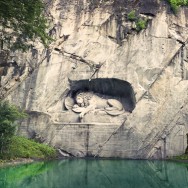 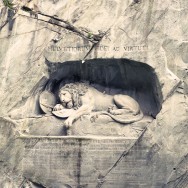