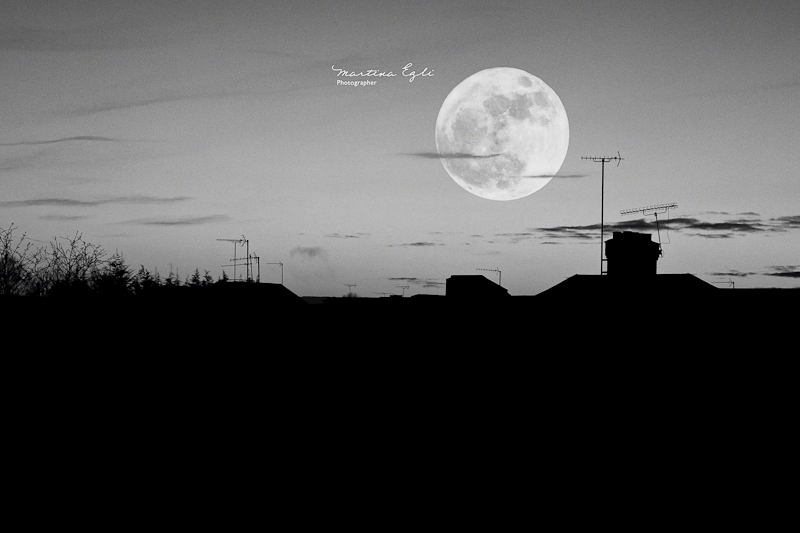 “Everything has a natural explanation. The moon is not a god, but a great rock, and the sun a hot rock.” Anaxagoras

Almost everyone I spoke to last week was planning on doing a bit of star-gazing on Saturday evening – whether they owned a camera or not. Unless you were living under a rock, you will have invariably been aware that Saturday brought us a Perigee or  super-moon for the first time in 20 years.

My own family members were hanging out the window trying to get a better glimpse of the moon on Saturday when I called for a chat.

Other people I spoke to, used the occurrence in all seriousness to explain away everything from their mood swings to the political climate! I decided to get in on the act, and took my own memento of the lunar happenings – presented here for your viewing pleasure… see you again in 20 years!

Actually, I hope to see you sooner than that for my new theme that starts later this week 😉